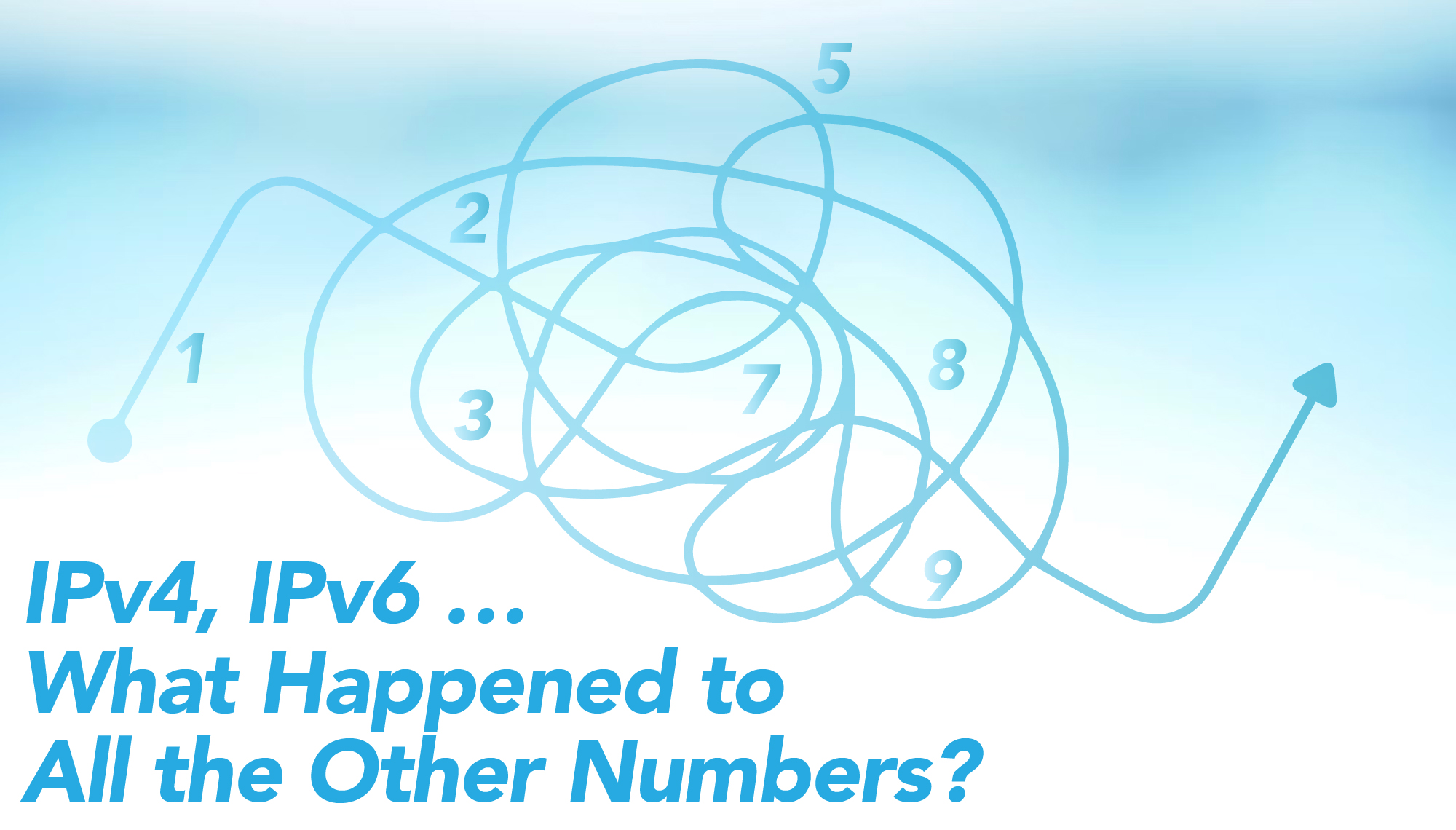 IPv4, IPv6 … What Happened to All the Other Numbers?

Discussing migration from IPv4 to IPv6 raises the questions: What about IP versions 0 to 3 and 5? And do versions higher than 6 exist? Before answering those questions, let’s look at the practical possibilities when it comes to version number values.

The version number value is in a 4-bit field in the IP header. Since the values you can make with 4 bits range from 0 to 15, those are the only possible values for an IP version.

Let’s Start at the Very Beginning

Caught in the Middle

The protocol itself was an experiment for resource reservation that provided Quality of Service (QoS) for multimedia applications that involved real-time communications, including video and voice. The plan was not to replace IPv4 with ST2, but rather have IPv4 for regular packets and ST2 for packets containing real-time data.

When ST/ST2 was not encapsulated in IPv4 packets, it used the value of 5 in the Version Number field in its own header, but never was thought of or referred to as IPv5. When IPv6 was designed, to avoid any confusion, IPv5 was skipped, and the name of the protocol went to IPv6.

ST2 saw usage for distributed simulations and videoconferencing in the Terrestrial Wideband Network and its replacement, the Defense Simulation Internet. Its design was incorporated into the core technology for voice call transportation and other real-time streams for Canada’s Iris Digital Communications System.

IPv7 has been obsoleted.

IPv8 has been obsoleted.

IPv9 can refer to one of three different things.

First, TCP and UDP with Bigger Addresses (TUBA), A Simple Proposal for Internet Addressing and Routing, described in RFC 1347 in 1992.

The summary of the RFC follows a similar refrain:

That IPv9 instance has been obsoleted.

Third, word of a Chinese IPv9 made the rounds in the summer of 2004. The plan with this IPv9 was to connect Internet addressing with Chinese 10-digit telephone numbers, which can be used to navigate the web as well as for use of other protocols like FTP and SSH. The way it works is like a modified DNS server that intercepts domain names containing all numbers, forwarding those requests to their own root servers, and having those root servers resolve the queries to an IPv4 or IPv6 address. All you need to do is to register your telephone number with China. This idea never seemed to gain any steam, and China immediately disowned the IPv9 hype. Network experts from Fudan University in Shanghai had no idea of any such deployment, and it was believed to be one researcher or group trying to promote a 256-bit version of IPv6.

Additional papers or research related to China’s IPv9 were published:

China’s IPv9 has been abandoned.

And Four Plus Six Is…

IPv10, Internet Protocol version 10 (IPv10), described in an Internet draft in 2017, was in its 13th version in October 2020 and appears to be one person’s attempt at expressing frustration at the lack of IPv6 adoption. The purpose of IPv10 is to allow IPv6 and IPv4 to intercommunicate, and the 10 in IPv10 is the sum of 4+6. Therefore, both IPv4 and IPv6 need to be running on a machine (dual-stacked) for that machine to run IPv10. If that’s the case, why would anyone want to introduce a third protocol and require a machine to be triple-stacked? Also, think of the millions of IPv4-only devices that need to put an IPv4 address in a 128-bit address field.

The same author, Khaled Omar, is responsible for another Internet Draft that contains the following paragraph:

IPv10, from the same author who wants to put wires in outer space, is still listed as unassigned, as the draft never will become anything but a draft.

Finish Out the Category

The remainder of possible Internet Protocol version values exist as follows, as detailed in RFC 1700 and on IANA’s website: 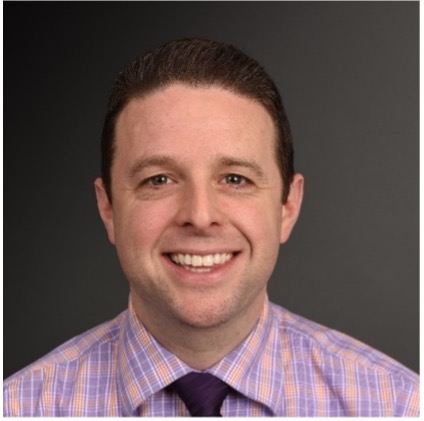 Jonathan S. Weissman is an Associate Professor and the Networking and Cybersecurity Program Coordinator in the Department of Computing Sciences at Finger Lakes Community College (FLCC), Senior Lecturer in the Department of Computing Security at Rochester Institute of Technology (RIT), author, technical editor, industry consultant, and TV news/talk radio guest expert. He has received 11 teaching awards, holds 44 industry certifications, and was​ inducted into the IPv6 Forum’s New Internet IPv6 Hall of Fame as an IPv6 Evangelist in 2021.