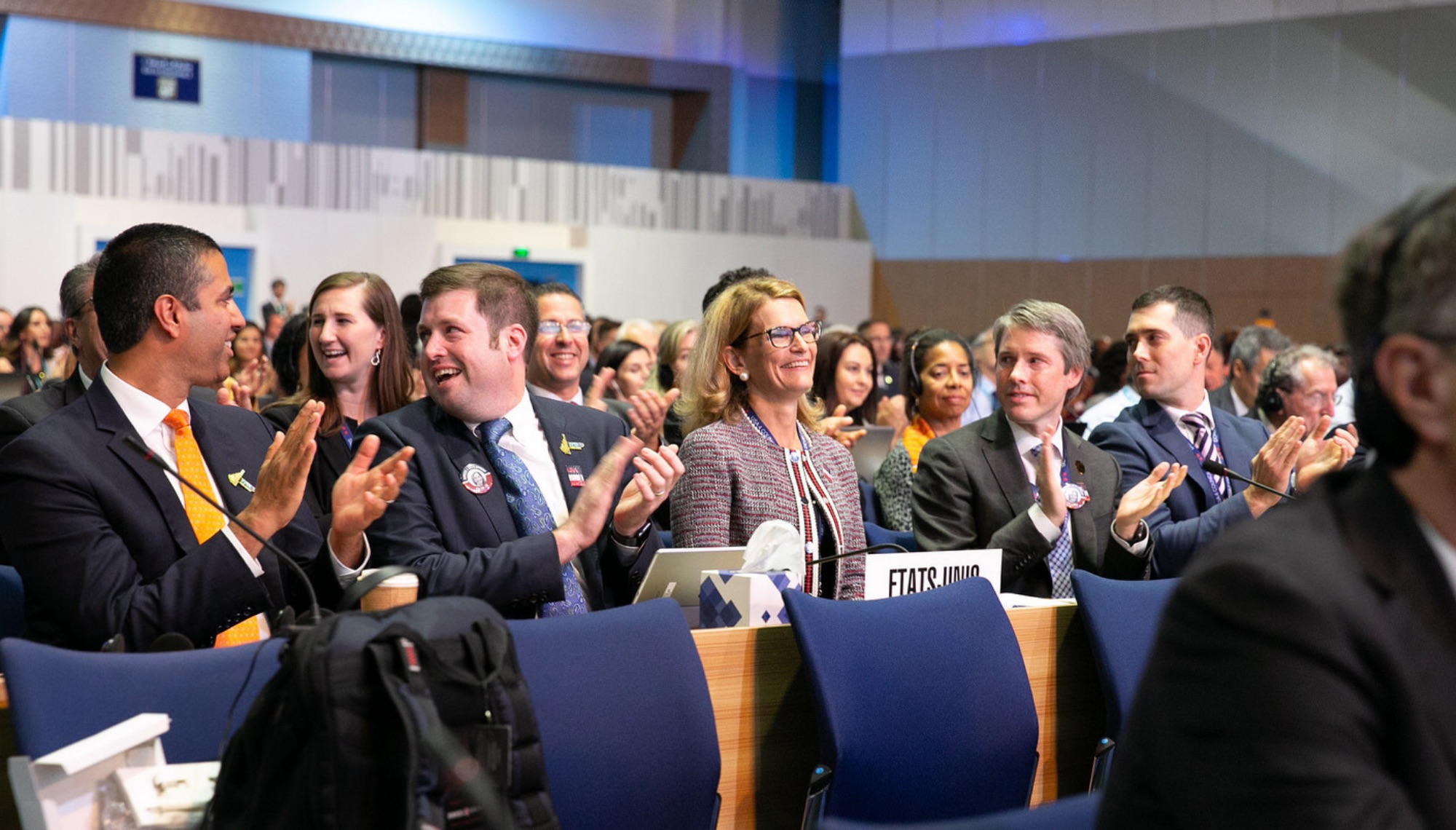 The Government Affairs and Public Policy (GAPP) Team continue its coverage of international events of importance to ARIN and associated international public policies related to the Internet.

The ITU Plenipotentiary Conference (PP-18) took place in Dubai, UAE, from 29 October to 16 November 2018. About 2,300 participants from 180 countries (out of 193) participated in this major Internet governance event. Member States elected the first woman ever to one of five top management positions in the 153-year history of the organization. Doreen Bogdan of the USA will be at the helm for the development sector, ITU-D, for the next four years. ITU-T, telecommunications standardization sector, will be directed by Chaesub Lee of Republic of Korea, ITU- R , radiocommunications sector, by Mario Maniewicz of Uruguay, while Houlin Zhao of China remains Secretary General and Malcolm Johnson of the UK, deputy Secretary-GenERAL.

For PP-18, the GAPP team focused on revisions to a handful of existing Internet resolutions, including:

The final adopted language of those resolutions continues to reinforce the Regional Internet Registry’s (RIR) presence as organizations relevant to the work of IP-based networks. Resolution 180 had its title changed from “Promoting deployment and adoption of IPv6” to “Facilitating the transition from IPv4 to IPv6,” and the Expert Group on the International Telecommunication Regulations (ITRs) was reconvened.

Where Can I Find More Information?

You can take a look at the blog we wrote in advance of the PP18 meeting, “On the Way to the ITU Plenipotentiary Conference (PP18): The Americas Region Work on Common Proposals.”

The “Final Acts” of the ITU PP18 meeting were published by the ITU and are available to view. These are the new or modified Resolutions from the meeting, it’s not all of the existing ITU Resolutions. We expect a new volume of the ITU Constitution and Convention with all the Resolutions to eventually be published.

What does the GAPP Team expect going forward?

Hopefully a streamlining of Resolutions in general will see less dispersion and more focused work at all levels. Resolutions are important because they are the high-level principles to refer to, and seek support from, on the work of the ITU at various levels. When there’s a Resolution on a subject, that sometimes leads to work on anything related to that topic. For example, Resolutions related to Internet-protocol based networks include PP Res.101, PP Res.102, PPRes.130, PP Res.133, PP Res.178, PP Res.180, WTSA Res.64, WTSA Res.69, WTDC Res.63, WTDC Res.23 and WTDC Res.77! If you take IPv6 only, it is addressed at ITU via Plenipotentiary Resolutions 180 and ITU-T WTSA Resolution 64 so work on IPv6 ends up in various Study Groups that work on matters from standards, policy, to capacity development at ITU-D.

Another example is a new resolution on Over the Top services (OTTs). Exactly what OTT means was contentious and the definition was deliberately left out of Resolution WGPL/3 (you can find the complete Resolution in the ITU PP18 Final Acts). Some say that this resolution confirms that ITU has a role in at least some applications that run over the Internet.  Current studies have focused on OTT services that effectively replace legacy telecommunication services (e.g., VoIP/telephony, instant messaging/SMS). The Resolution supports continuation of the work in ITU on OTT, particularly technical, economic and policy aspects. The new Resolution will almost certainly affect the work of several ITU-T and probably ITU-D Study Groups.

The GAPP team works closely with John Curran, ARIN CEO and President, and the Board of Trustees to make sure they are always representing the interests of the ARIN community. After all, that’s what it’s all about.