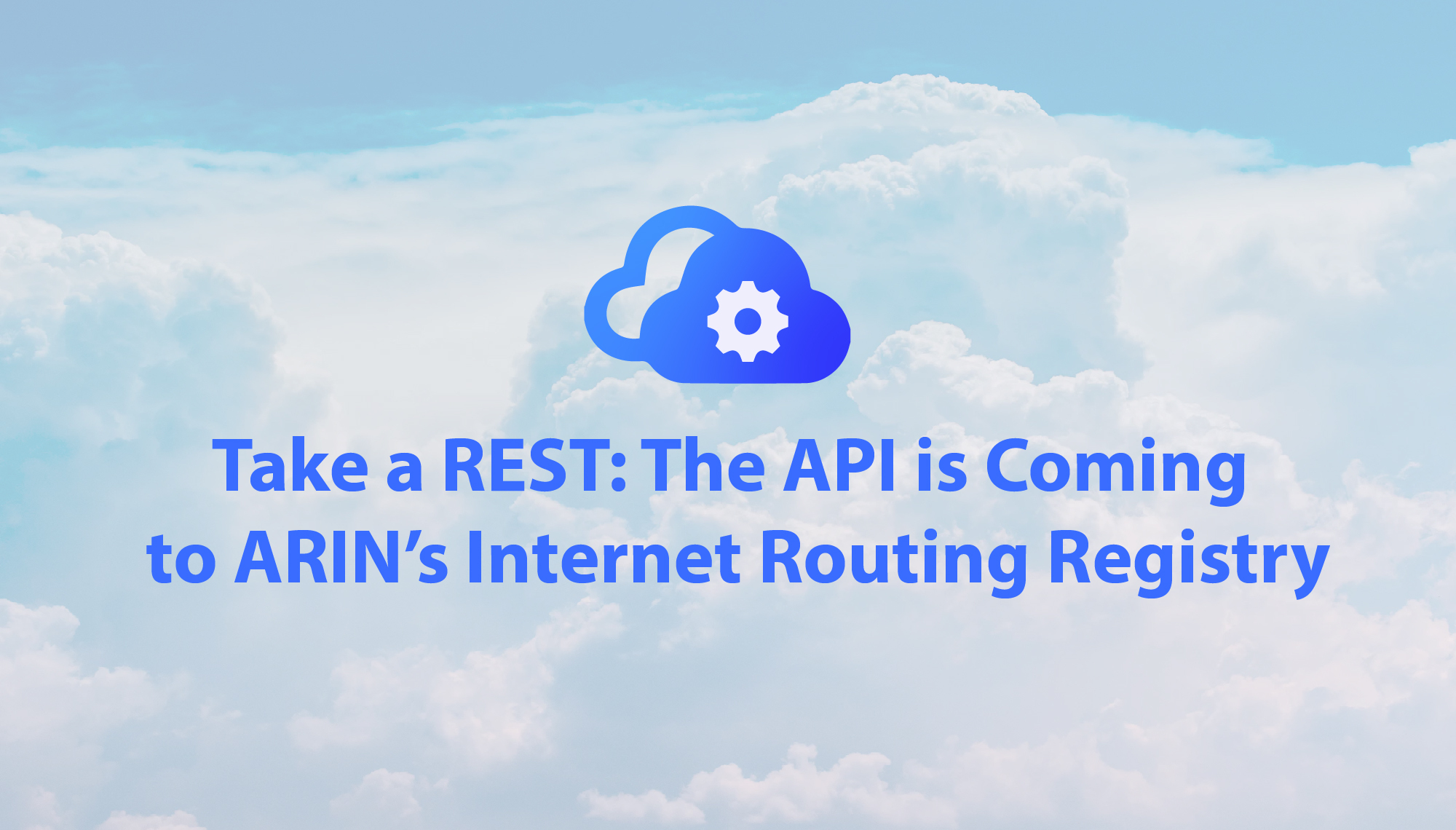 Take a REST: The API is Coming to ARIN’s Internet Routing Registry

Do you want to use ARIN’s Internet Routing Registry (IRR), but need more powerful options than individually entering records in ARIN Online? We have good news for you! ARIN is now offering a Representational State Transfer (REST)ful interface for the IRR so that you can automate creating, removing, updating, and deleting objects using our Application Programming Interface (API).

This builds upon the launch of our IRR-online service, an authenticated and web-based IRR designed to make it simple for users to publish routing information via ARIN’s website. Since we first introduced IRR-online on 10 June 2020, users have only been able to publish information manually via logging in to ARIN Online, but now more options are available.

Prior to the most recent software deployment on 1 February, ARIN offered the ability to enter routing information using ARIN Online and email templates. Template usage is limited to users who had accounts prior to 10 June 2020 and who have not transitioned to IRR-online. With the new RESTful interface, ARIN provides commands to add, edit, and delete routing records using an API. You can programmatically submit records for objects such as route and route6 objects, as-set objects, aut-num objects, and route-set objects.

As we assist our customers in transitioning to the new API, we want to take a moment to highlight two important points regarding the transition to ARIN’s IRR RESTful API.

These improvements are part of ARIN’s continuing efforts to provide options for routing security, and we hope that providing RESTful support assists you in effectively using ARIN’s IRR.