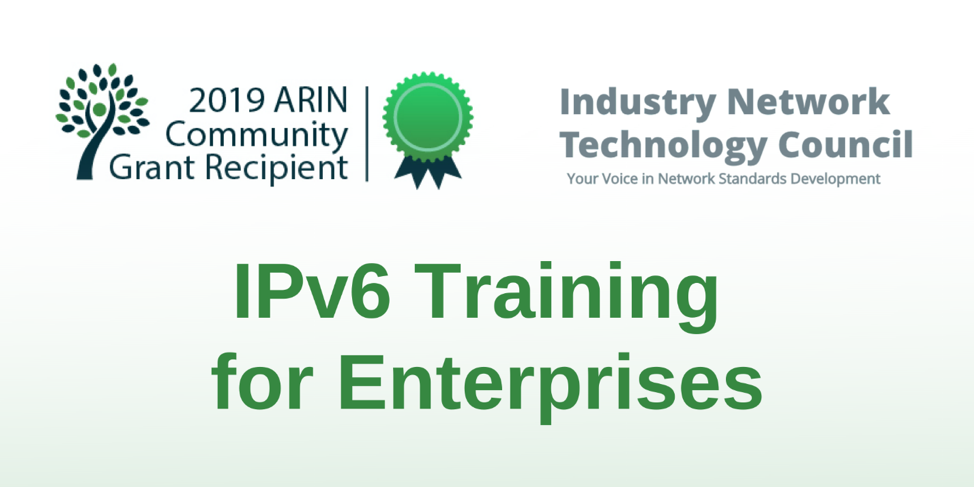 The IPv6 Training for Enterprises Project provided IPv6 training to technicians from large enterprises (privately managed networks). IPv6 deployment at such networks has lagged, in part due to lack of training. Many feel that unless this issue is addressed, the Internet as a whole will stall at an IPv6 adoption rate of about 60%.

We have done a survey of large enterprises and have found that security, application conversion, and training are three of the biggest challenges enterprises reported as barriers to IPv6 adoption. The project for 2019 focused on the training needs.

Even though enterprise technicians want to get trained on IPv6, management does not want to pay for such training since they do not see a business need for adoption. This creates an unfortunate cycle where misinformation about the complexity of the IPv6 protocol and unreasonable fears about security and manageability combine with the perceived lack of urgent business needs to prevent adoption of IPv6. Our project sought to provide technical training through a series of webinars on many of the core features of IPv6.

The attendance at the webinars was much more successful than we had expected in terms of the number and type of enterprise organization reached. The introductory classes had more attendees than the advanced classes, as might be expected. A number of companies told others of the webinars and to download the recordings.

We gave a number of webinars:

The first set of webinars, “Introduction to IPv6 and Neighbor Discovery” had the highest number of attendees. The total number was 650 (including attendees from ARIN, APNIC, RIPE NCC, and AFRINIC). The other webinars had a similar regional distribution.

Many brick-and-mortar enterprises have delayed transition to IPv6, so it was quite helpful that the United States Office of Management and Budget (OMB) announced a direction of IPv6-only for the US federal government. I explain in greater detail its impact on enterprises in this article in Enterprise Executive Magazine.

The webinars were well-received. As an example, one senior technician at a US military organization expressed appreciation for our training and asked for a link to the recording to pass along to staff and peers. Another senior technician at a large US federal government agency said, “Thank you for the excellent introduction to IPv6. As someone who had little background aside from cursory overview, I found the first half of the class very informative. The reference of both wireshark captures, as well as real life example of ipconfig output helps to match theory to practice. I also enjoyed your candid thought concerning some of the common controversies such as privacy and security, both of which are very important to both public and private organizations’ implementation. I look forward to attending the next webinar that may cover more past and future. As always, anyone can find a book and attend a training to learn the technical aspect, but it’s real-world considerations and examples that help put these in perspective.”

Benefits to the Internet industry in the ARIN region

This is a tricky area as enterprises are not specialists in Internet standards and also do not clearly understand how and why they should be involved. That is, it takes a lot of work and their management does not see that it adds to their bottom line (in the short term) to have people be involved. We are working to educate senior enterprise technicians who will have influence in their organization on the new protocols. It is a long-term effort but one which will, hopefully, succeed.

We are seeing excitement and engagement from other regions around the world, which has led to further collaboration to continue what we have started here with the generous help of ARIN.

We are also proud to announce that we have received a continuation grant from ARIN for 2020 to explore the complex areas of security and application conversion which affect IPv6 deployment.  We will also provide more advanced troubleshooting classes for IPv6.

If you would like to view the webinars we have already given, a listing may be found on the INTC website. Presentation slides and recordings may be freely downloaded. We hope to continue to build on the connections made with enterprises to move them towards adoption of IPv6 on their networks. 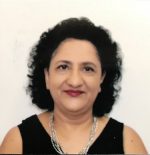 Nalini Elkins is the President of the Industry Network Technology Council. She is also the CEO and Founder of Inside Products, Inc. Nalini is a recognized leader in the field of computer performance measurement and analysis. In addition to being an experienced software product designer, developer, and planner, she is a formidable businesswoman. She has been the founder or co-founder of three start-ups in the high-tech arena.