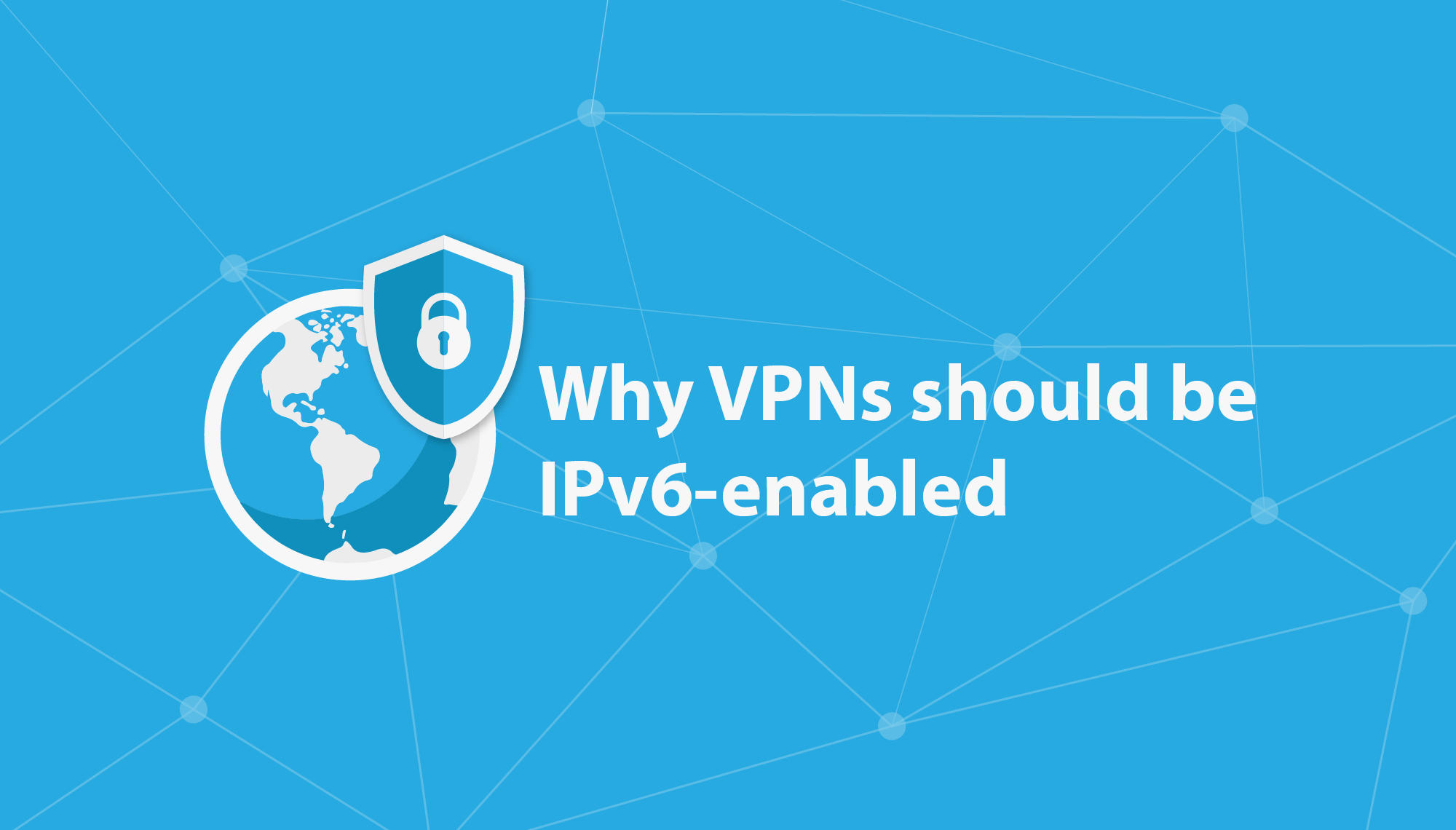 Why VPNs Should Be IPv6-Enabled

It may not feel like it, but the Internet has been on the verge of seizing up for years. Like a city running out of space to build homes, the web is experiencing a serious shortage of new IPv4 addresses. And, just as cities adopt vertical building techniques to create more space, technicians have created a way out- IPv6.

IPv6 is the latest form of the Internet Protocol (IP), which provides a way to assign unique addresses to every website, ensuring that traffic can be routed to the correct destinations, and users can be authenticated properly to gain access to the content they need.

As the Internet expands, it is vital to mainstream IPv6. However, according to Google, only around 30% of web users have adopted the new addresses, but how does this affect Virtual Private Networks (VPNs)?

What does it mean for a VPN to be IPv6-enabled?

Put simply, if a VPN is not configured to handle IPv6, it is very unlikely that it will be able to protect the identities of those using the new IP standard. The end result could well be recurrent leaks - exactly what VPN users want to avoid. Fortunately, some providers are ahead of the curve. These companies have retooled their servers and software to be fully or partially IPv6-enabled.

There are two main ways for VPN providers to handle the transition to IPv6: blocking IPv6 and transferring users to IPv4, or replacing their servers and protocols with systems that can deal with IPv6.

Some major VPNs have opted to use the first approach. This doesn’t mean that users will be assigned completely anonymous IPv6 addresses. Instead, these providers will block the user’s IPv6 address, assigning them a fresh IPv4 address instead.

Others have taken the second route. These VPNs have started to offer complete IPv6 anonymity. It’s less common than blocking IPv6, but more providers are offering this service.

At the same time, more primitive VPNs don’t have the ability to block IPv6, and many ignore it completely. If users have any concerns about IPv6 leak protection, those providers should be avoided at all costs.

Why should users and VPNs make the switch to IPv6?

There are some excellent reasons to move over to IPv6, some based around user experience and privacy, and others which apply to VPNs themselves:

Why you should choose a VPN that’s ready for IPv6

The benefits listed above are significant, but they need to be understood alongside security risks. At the moment, some experts see IPv6 as a riskier standard than IPv4, as the newer system puts users more at risk from packet injection and reflection attacks.

However, the main vulnerabilities are associated with the transition from IPv6 to IPv4, which occurs whenever IPv6 users need to access services that haven’t updated their systems. It may also apply to VPNs that block IPv6 and assign anonymized IPv4 addresses instead. There may also be speed losses involved in switching tunnels between IPv4 and IPv6, giving VPNs that cater purely to IPv6 a major advantage.

This means that IPv6 users have a choice - choose VPNs that are adapted for their address standard, choose VPNs that use the IPv6 blocking workaround, or take their chances with standard VPNs. The smartest route to take, of course, is to choose a VPN that is ready for IPv6!