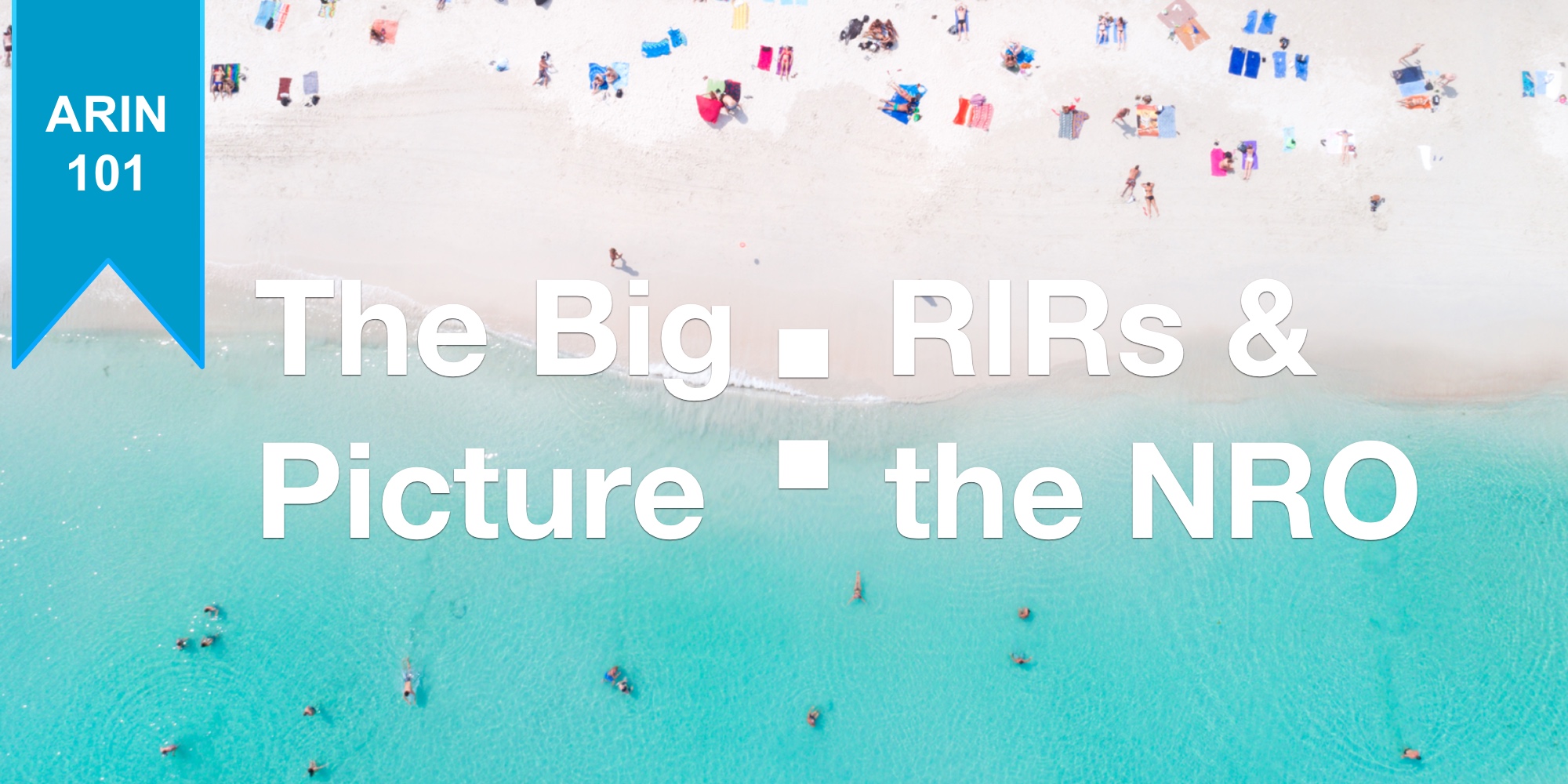 The Big Picture: RIRs and the NRO

Now that you have officially “met” us, we want to introduce you to the bigger picture of who we are. While we manage the distribution of Internet number resources for our service region which includes the United States, Canada, and parts of the Caribbean, there are four more registries serving other regional communities around the world.

At the start of the Internet, the global IP address registry was a notebook that contained a list of IP addresses with details of the organizations to which they had been allocated. As the list grew, it was clear that a more formal mechanism was needed and the Internet Assigned Numbers Authority, or IANA, was formed. After that, things continued to pick up speed, and it became clear that the responsibility for managing Internet number resources should be handled at the regional level. As a result, Regional Internet Registries (RIRs) were created.

Twenty plus years later, this community-based multi-stakeholder model continues to thrive, and each RIR is responsible for managing, distributing, and registering Internet number resources and Autonomous System Numbers within its respective region. Each operates as a not-for-profit, member-based organization governed by a member-elected board. The five RIRs include:

How can I become a member of an RIR?

Membership rules vary from region to region. At ARIN, general membership is attributed at the organization level. To qualify, your organization must have an ongoing relationship with ARIN for Internet number resources. You can visit our Membership Overview page to learn more about becoming a member. It is important to note that membership is not required in any RIR to participate in the policy development process.

The communities of each RIR are responsible for developing their own policies. This is achieved through a bottom-up, transparent and open policy development process which each RIR facilitates –through meetings and mailing lists throughout the year. These policy-related discussions are open to anyone with an interest in the Internet, and ensure the people who directly use regional Internet resources are helping define the policies that govern their distribution and use.

Do the RIRs ever work together?

While each of us works independently within our respective regions, we do sometimes coordinate efforts with one another. When we do, we are collectively referred to as the Number Resource Organization (NRO). The main goals of the NRO are to protect the unallocated Internet number resource pool, promote and protect the bottom-up policy development process, and act as a focal point for the Internet community input into the RIR system.

Total membership as of February 2017:

Date and location of next biannual meeting:

How can I get involved in my RIR?

Participation options vary by region, but one thing remains the same, our communities and processes are open to anyone who wants to take part. To see how you can get involved in your RIR, visit us online.