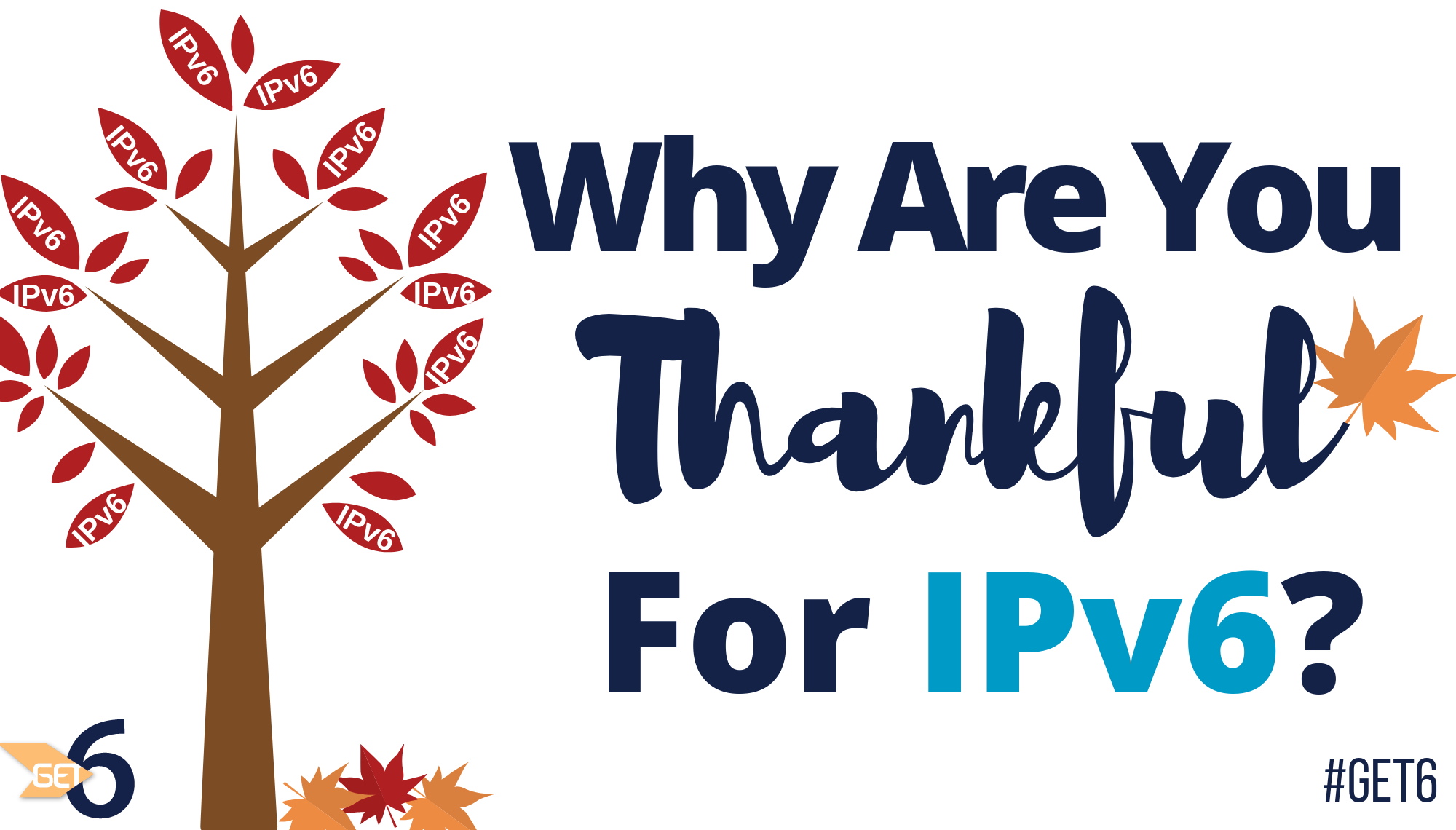 Why Are You Thankful For IPv6?

It’s the season of giving thanks and we’re feeling into this attitude of gratitude. Here at ARIN, we’re thankful for IPv6 every day. But we wanted to know from you, why are you thankful for IPv6? We went to social media to ask, and here’s a look at what you had to say!

“It’s going to force us to think carefully about robust firewall rules and their implementations (w/o NAT).” – Rohan Kumar

Thankful for #IPv6 because it prepares us for #IoT and beyond. #VT https://t.co/mN1EMQHaTg

Thankful that we no longer use broadcasting in the discovery of our neighbors. #IPv6

Link local addresses! You just _always_ have a working IP address on your interface!

@TeamARIN I am very thankful for a plentiful supply of globally-unique addresses that can be used for any imaginable application. #attitudeofgratitude #Get6 #2000::/3ForTheWin pic.twitter.com/Sea4BBh1b5

For not having to deal with overlay networks, NAT, proxy, port forwarding and the like in containers but having them directly accessible.

Firewall instead of TCP port forwarding. Endless public IP adresses at home and of course at work. Stable mobile access to both of them.

We enjoyed reading your responses about why you’re grateful for IPv6! It’s not too late to let us know why you’re thankful, tweet us @TeamARIN anytime. And if you have any questions about where to begin in your IPv6 deployment, check out our Get6 page with lots of great information including case studies, resources and more.