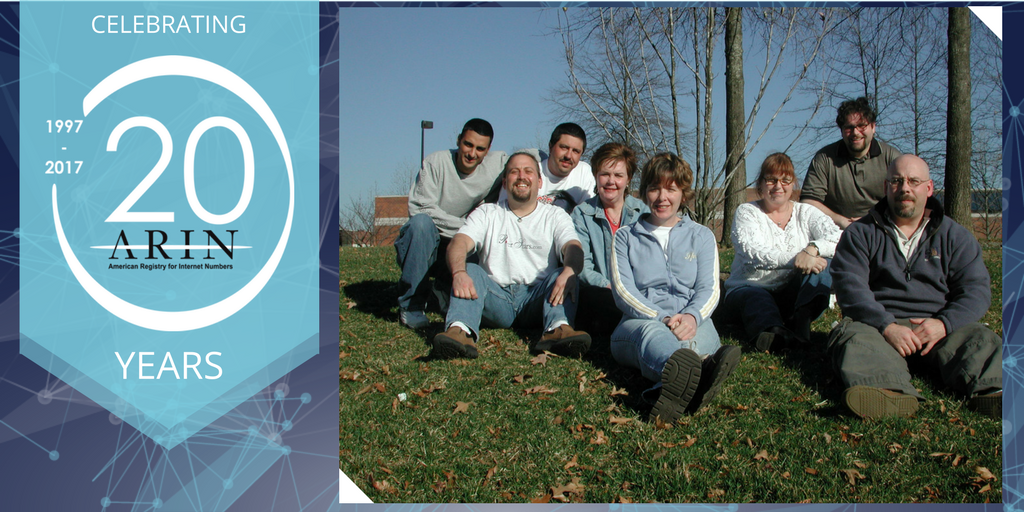 I have the distinct honor of being one of ARIN’s first employees, here since day one. It doesn’t seem that long ago when a small group of us left the InterNIC to begin working for a new organization called ARIN, but twenty years have already passed! From 1993 until December 1997, the InterNIC was responsible for IP number assignments, ASN assignments, reverse DNS zones, registered domain names and also ran the root for DNS. In December 1997, ARIN was formed following a community decision to move the IP number assignments, ASN assignments, and reverse DNS zone responsibilities from the InterNIC to an independent, non-profit organization. It’s hard to believe 20 years have passed since that day in December. I remember starting my first day at ARIN and wondering what my future would hold as I embarked on this journey.

I began working in the Internet number resource field at the InterNIC in 1995.  I was part of the IP group and Kim Hubbard, ARIN’s first president, was my manager.  When ARIN was formed, we transferred from the InterNIC to ARIN.  There were many new faces in the early days since numerous positions needed to be filled.  ARIN needed engineers, accountants, and administrative personnel.  Over the past two decades I have held a few different titles at ARIN, but I have always remained in the IP group or, as it is now known, the Registration Services Department (RSD). RSD has grown a bit over the years, although we are a relatively small group, 12 in total, including the Senior Director.

I have experienced many important events at ARIN these past 20 years, but most notable for me was the depletion of IPv4 and the evolution of the transfer market.  We planned for the IPv4 depletion for many years starting with getting the word out, executing the countdown plan as we approached the last /8, and transitioning to the IPv4 waiting list. It has been over two years now since ARIN’s depletion, and these efforts have been beneficial to the community. Now, I am currently in charge of managing the IP transfer process. (If you’re interested in transferring your IPv4 address space, I can help!)

The one thing that has remained consistent over the past 20 years is the dedication of the people of ARIN.  It doesn’t matter if that person is a Board Member, Advisory Council, staff, or a member of the community, they are all hardworking, intelligent individuals that have made ARIN a success.  I am honored to be a part of ARIN because I know we are truly making a difference, and we are all committed to supporting the future of ARIN together.  There is no doubt in my mind that the next few years will be exciting as well, and before you know it we will be celebrating our 50th anniversary! 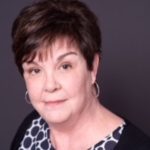