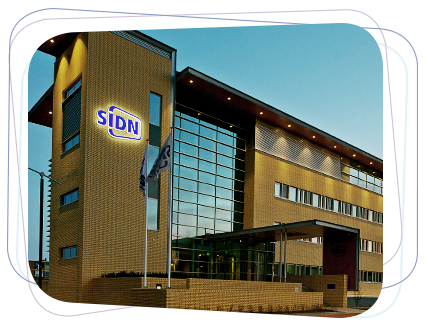 SIDN is the registry for the Dutch country-code top-level domain. In terms of domain names per capita, we are one of the largest TLDs in the world. And even in absolute numbers, we are still among the five largest country-code TLDs. I guess that makes us kind of special. We may be a small country, but, as in so many countries, the Internet is immensely popular and has been for quite some time. In that regard, we are far from exceptional.

At SIDN, we firmly believe in IPv6 as a long-term solution for the exponential growth of the Internet and the problems that arise from that. In fact, with IPv4 space running out, and prices on the secondary market rising, the need for a new addressing scheme on the internet is perhaps more acute than ever.

We are pleased to see that many organisations recognise the need for change and are acting accordingly. On the other hand, surprisingly, a considerable number of organisations haven’t even bothered to look into IPv6 at all. That is a concern. Large ISPs in the Netherlands (with a few exceptions) are moving, but they tend to take things slowly. This is one of the reasons why we are keen to promote awareness and adoption of IPv6. It goes without saying that we practise what we preach: IPv6 has been enabled on our own services for quite some time. More on that later.

The Dutch government is very much aware of the urgency of IPv6. In the Netherlands, the government maintains a so-called ‘comply-or-explain’ list, containing various Internet standards, including IPv6. Standards on the list should be used by government organisations and, for example, be part of the requirements in a procurement process. As I said, IPv6 has been on the list for quite some time, and an increasing number of government services are now reachable via IPv6. A broadly similar European list also exists, and naturally IPv6 is on that list as well.

Although we are not required to, because we are not a government agency, SIDN has decided to adhere to the comply-or-explain list. The authoritative name servers for the .nl domain have been fully IPv6-compliant for quite a number of years, but we felt we needed to go a few steps further and enable all of our services on IPv6. Naturally, we ran into a few issues. The vendor of our email appliances, for example, promised IPv6 support ‘soon’. But it turned out they needed ‘a little more time’. Quite frustrating, but also a lesson learned: be firm and serious with your vendor and make clear agreements beforehand about mutual expectations. There are still vendors out there, trying to make their customers believe that ‘no one really needs IPv6’ or claiming that IPv6 support ‘is in the next version of the firmware, scheduled for release any time soon’. My advice: show them the door.

Sometimes being pragmatic is the solution. We came to the conclusion that modifying the entire back-end infrastructure of our registry system for IPv6 was not feasible in the short term. As an interim solution, we are using load balancers to disclose our registry system via IPv6 on the Internet side, while it is still running on (RFC1918) IPv4 space internally. We also made our Whois service accessible via IPv6 in a similar fashion. So, where there’s a will, there’s often a way.

The Dutch Internet Standards Platform is a private-public initiative by several organisations with the goal of promoting new standards, including IPv6. On a simple website, https://internet.nl/, anyone can easily check the quality of their connection, or a domain name for that matter, in relation to these new standards. The test is strict; some people say it’s too strict. But if you manage to achieve a 100% score, you can at least be sure that your setup is very future proof. So try it out.

Summarising, I would say that IPv6 is here and now. It’s a mature standard that is being deployed at a rapid pace. The amount of IPv6 traffic is increasing by 100% a year.  And in the interest of an ever expanding internet, everyone should join in.

Marco Davids is a Senior Technical Policy Advisor and Senior Research Engineer at SIDN, the ccTLD for the Netherlands (.nl). He has been with SIDN since 2007 and a member of the SIDN Labs R&D-team. In this capacity he is involved in various projects, primarily with a focus on the DNS. Marco is also an active participant in the RIPE and IETF communities and has contributed to several RFCs and draft documents. 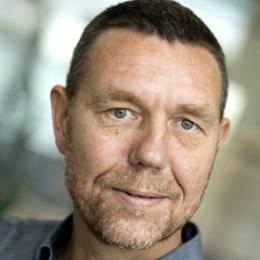 Marco Davids is a Senior Technical Policy Advisor and Senior Research Engineer at SIDN, the ccTLD for the Netherlands (.nl). He has been with SIDN since 2007 and a member of the SIDN Labs R&D-team. In this capacity he is involved in various projects, primarily with a focus on the DNS. Marco is also an active participant in the RIPE and IETF communities and has contributed to several RFCs and draft documents.