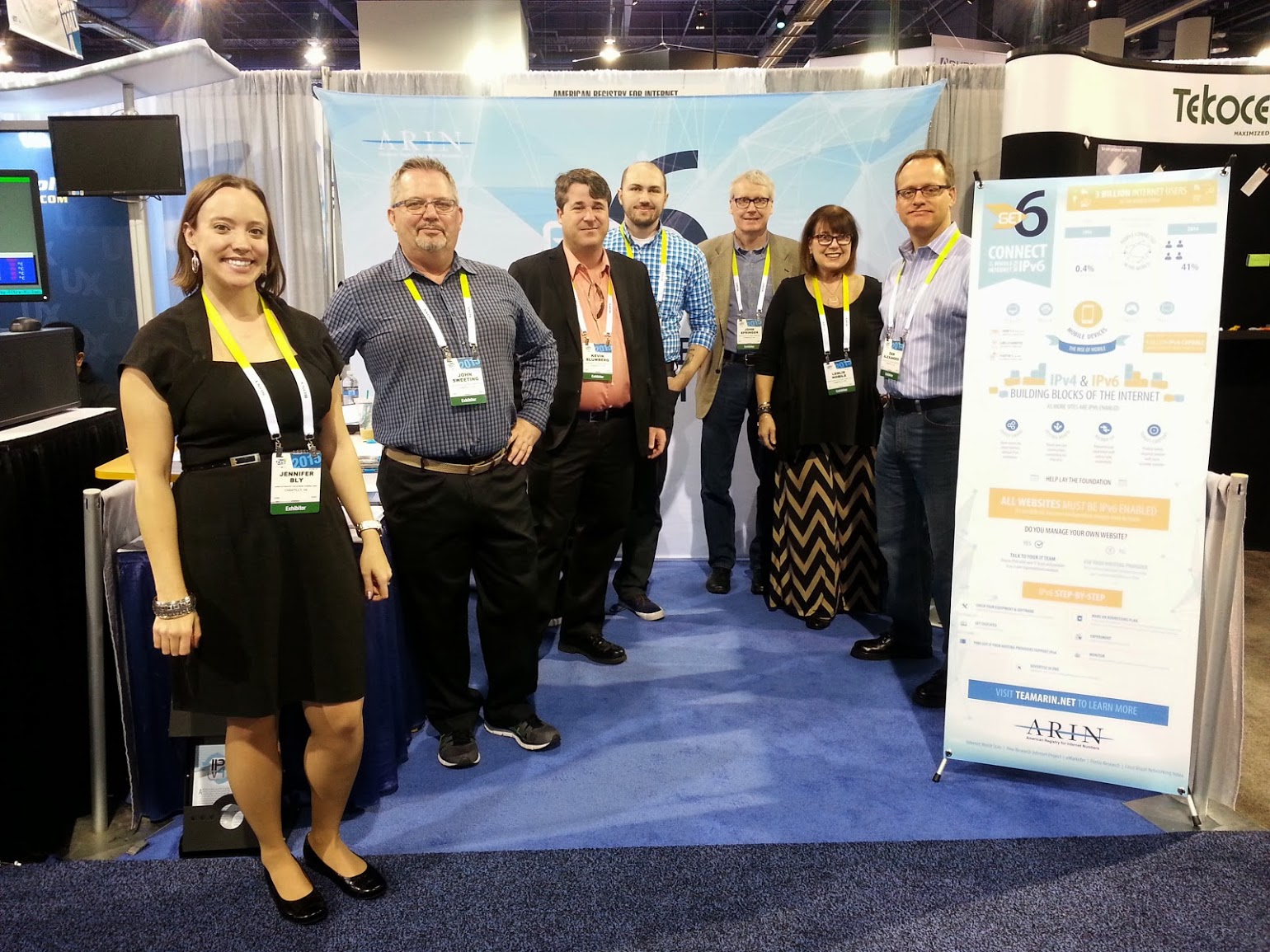 CES 2015: Bringing IPv6 Answers to the World of Consumer Electronics

Last week ARIN set up shop in the Las Vegas Convention Center alongside a veritable ocean of technology experts and gadget gurus. From automotive technology to personal drones, one of CES’ main themes revolved around all the exciting ways that new devices could connect and take advantage of the Internet.

Most of the new gadgets at CES are identified by and will connect to the Internet using IP addresses, which are anything but new. As we hit the home stretch of IPv4 depletion, it’s imperative that IPv6 be enabled on not just new devices but also on the websites that advertise and sell them.

This isn’t a new story, and IPv6 once again found a place on the CES agenda. John Sweeting of Time Warner Cable attended the “Getting to 50 Billion Devices: CEA & The Internet of Things” panel and offered the following comments:

The focus of the panel was to inform attendees that it was really time, perhaps past time, to start deploying IPv6 in order to realize the potential of the Internet of Things. The panelists provided their views on building future proof IPv6 devices, and a new standard was introduced. The new standard, CEA-2048, defines the technical requirements for IPv6-enabled connected devices and home routers. This specification will help developers target the right features for IPv6 compatibility. It’s great to see the consumer electronics industry getting serious about IPv6 with this new standard.

We were happy to see IPv6 connectivity on websites of several CES exhibitors including:

Great to see @DISH web content is available over IPv6! #get6 #CES2015 pic.twitter.com/xdcwBKe3vt

Way to go for preparing your website for IPv6 @ericssonpress #get6 #CES2015 pic.twitter.com/uYAByxWjpM

Nice job @nbcuniversal on making your website available over IPv6! #CES2015 #get6 pic.twitter.com/dqEpkgx8ED

Two thumbs up! #CES2015 @Cisco's web site is ready for IPv6 #get6 pic.twitter.com/OrkHEJw4go

Another #CES2015 exhibitor on the list of websites available over IPv6 – Good job @FAAnews #get6 pic.twitter.com/zsHGSh3grv

We also found some IPv6-brewed coffee while at the show. John Springer, ARIN Advisory Council member, explains, “It was great to establish contact with Nordic Semiconductor. Those folks have an interesting story with their intent to shift Bluetooth device communications into the cloud via IPv6 and 802.11.” They were demonstrating how even coffee machines could work over IPv6.

For more information on how you can get your products and services ready for IPv6 check out our IPv6 Info Center and IPv4 Depletion and IPv6 Adoption pages, and we’ll see you at our next event!