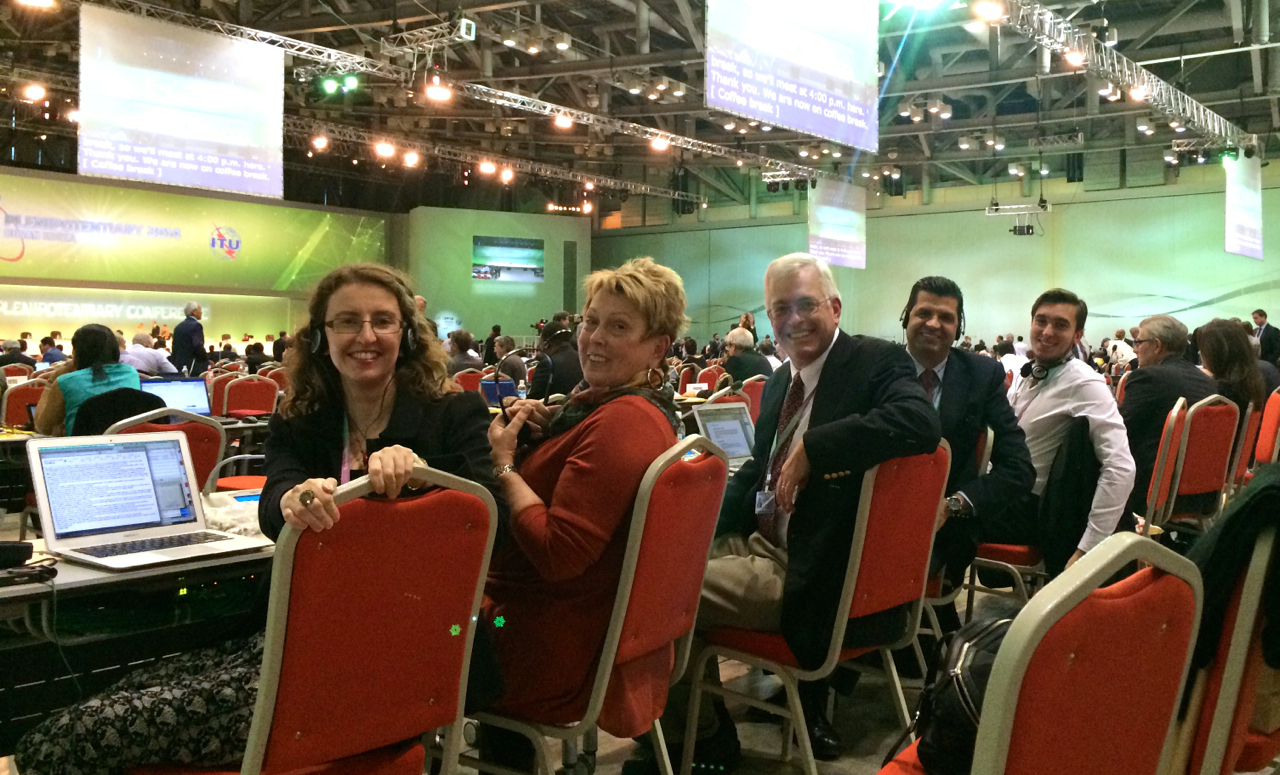 The Sun Sets on the 2014 ITU Plenipot

As the sun rises in the ARIN region, the sun sets on another Plenipot…

In Busan, Republic of Korea, the main policy-making conference of International Telecommunications Union (ITU) just concluded after a long three weeks. This Plenipotentiary Conference (PP for short) is held every four years for Member States to decide on the future role of the organization.

It’s funny how things change in four short years. At this time four years ago at the ITU PP in Guadalajara the mood was far from collegial. The RIR community was in attendance physically, but not there in the eyes of many of the Member States.

This PP we were there with our friends. Yes friends. It was nice to be greeted with open arms and smiling faces. We had made it, we were recognized as members of the ITU that had a stake in the game and were included in the negotiations during the conference. That is not to say we didn’t have our differences of opinion; we did, but this time we all listened to each other and worked through the issues as colleagues not as adversaries.

Of concern to our community, I think the most significant negotiation resulted in the removal of language that suggested the ITU should look into becoming a number registry that allocates IP addresses. This discussion centered around the observation that the Regional Internet Registries (RIRs), already provide this service to the community based on an transparent bottom-up process with proven success.

I joined Cathy for the second half of the meeting, starting with an adhoc working group on Internet related issues. The adhoc’s agenda included proposed changes to three existing Resolutions:

These existing Resolutions are ITU policy. As far as changes are concerned, in addition to the item Cathy mentioned above on the number registry, topics of discussion included: multilingualism and IDNs, best practice information for Internet Exchange Points (IXPs), reducing the cost of international connectivity, and the “ITU’s role in realizing Secure Information Society.” This last topic was one of a few new proposals, none of which advanced to become Resolutions.

If you attend a Plenipot, you will notice the meetings are run formally. The Chair must recognize speakers, and he controls the queue. All speakers have their own microphones with a button to push to ask to be recognized. As many speakers pointed out, the discussions took place in an atmosphere of “compromise and collaboration.” It was very interesting to see the give and take, and to see member states align and support each other.

I was intrigued by the process here. In a nutshell, proposals called Limited Distribution Documents (DLs), are discussed first in smaller adhoc groups. Proposals then go to the larger gathering of the working group (WG). When the WG finds consensus, it requests that the proposals be translated into the UN languages (this makes them Temporary Documents (DTs)). Finally, proposals are presented and approved at the full plenary. There is less discussion as proposals climb up the process. That’s how it is supposed to work, and it worked.

Plenipot attendees are a community of colleagues and friends, and I’m grateful for the warm welcome that was extended to me as a new person, by sector members and member state delegates alike. Of course this is due to the outstanding work that Cathy Handley has done making ARIN a recognized and respected sector member here at the ITU.