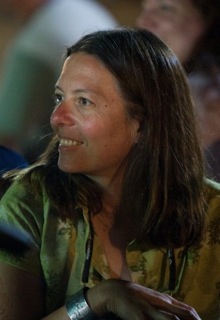 ARIN Advisory Council member, Cathy Aronson, is at IETF 90 in Toronto, Ontario, Canada this week. Follow along as she shares her findings with us on TeamARIN!

Yesterday morning I attended the IEPG (Internet Engineering and Planning Group) meeting here at IETF 90.  George Michaelson of APNIC gave an interesting presentation about Teredo (a tunneling technology that allows IPv6 capable hosts to use IPv6 over a IPv4 only connection).  George’s slides are here.  The great thing about his presentation is that he observed Microsoft doing exactly what they said they were going to do.  They turned off their Teredo relays.  It is clear in George’s graphs that the Microsoft Teredo relays have been turned off.   The presentations about sunsetting Teredo are linked here:

George talked about how the Microsoft relays continue to cause a lot of zombie tunnels. Microsoft is apparently still sending “who am I” endpoint signaling but not carrying IPv6 data.   Further there are a lot of other autonomous systems that are serving up Teredo tunnels.  George listed them in his presentation and suggested that they stop doing Teredo.

Cathy Aronson has been an active ARIN participant since 1998. Cathy was also on the original ASO Address Council.  Cathy acts as an advocate for address policy by volunteering to do many presentations to get involvement of other communities such as NANOG.  She feels that cross pollination of ARIN with other RIRs as well as ARIN with other networking groups is essential to making good address policy. Cathy was most recently a network engineer at Cascadeo Corporation where she helped manage addressing and routing for a number of clients.

Previously, Cathy was a member of the technical staff at Packet Design, where she was responsible for operational aspects of their Internet scaling projects. Earlier Cathy was at the @Home Network where she was responsible for routing and IP addressing. She began her career at Merit, Inc. where she worked on the NSFNET Backbone. Cathy designed and implemented the OSI/CLNP for the Energy Sciences Network. Although OSI/CLNP was never widely deployed, the experience has given greater insight into addressing and scaling issues. Cathy joined the Advisory Council in June 1998 first serving an interim six-month term before being re-elected later that year to a three-year term. She was re-elected to the AC in 2001, 2004, 2007, 2010, and 2013. Her term expires 31 December 2016.