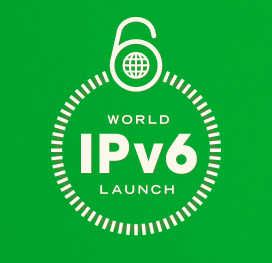 Just in time for summer - IPv6 is heating up

Just last week was the second anniversary of the World IPv6 Launch, and the Internet Society published some interesting and useful information in celebration of this milestone—everything from an infographic to IPv6 case studies.

This activity kicked up some chatter in the Twitterverse. Here are just of few of some of the cool tweets we spotted last week:

2 years since @WorldIPv6Launch: content, connectivity, & devices still climbing. If you're not making real #IPv6 progress, you're behind.

Up and to the right: Two years of IPv6 deployment metrics – http://t.co/bmR3eT9y8X

2nd anniv. of #v6launch today: #IPv6 has more than doubled each yr. in past 3 yrs.—dominant in 3 years. Bigger Internet win!

How To Make Your Website Available Over #IPv6 –http://t.co/xkj5zuUjgC #v6launch

Two years since #IPv6 launch! Happy Launchiversary! #v6launch A change for a better future, Let us get ready friends! pic.twitter.com/mLAkKht4uR

But that isn’t the only milestone event that is contributing to the rising interest in IPv6.

This week we also got word from our region to the south that LACNIC reached their final /10 of IPv4 address space on Tuesday, marking the exhaustion of addresses in their region.  This event has sparked further discussion about the need to deploy IPv6.  Just today ArsTechnica touted with the Americas running out of IPv4, it’s official: The Internet is full.

If you are looking for examples of who is making the move to IPv6 and why, we have a video that is worth your time. During NANOG 61 Cameron Byrne of T-Mobile gave an excellent presentation about his company’s efforts to get IPv6 to millions of smartphone users.

IPv6 is definitely on an upward trend.  More and more people are actively engaging in the discussion about the need for IPv6 and calling for business to get ready for this new protocol.  Yesterday GigaOm encouraged cloud providers to get with IPv6 program due to the billions of devices coming online.

Momentum is shifting, and we are excited to see what happens next.