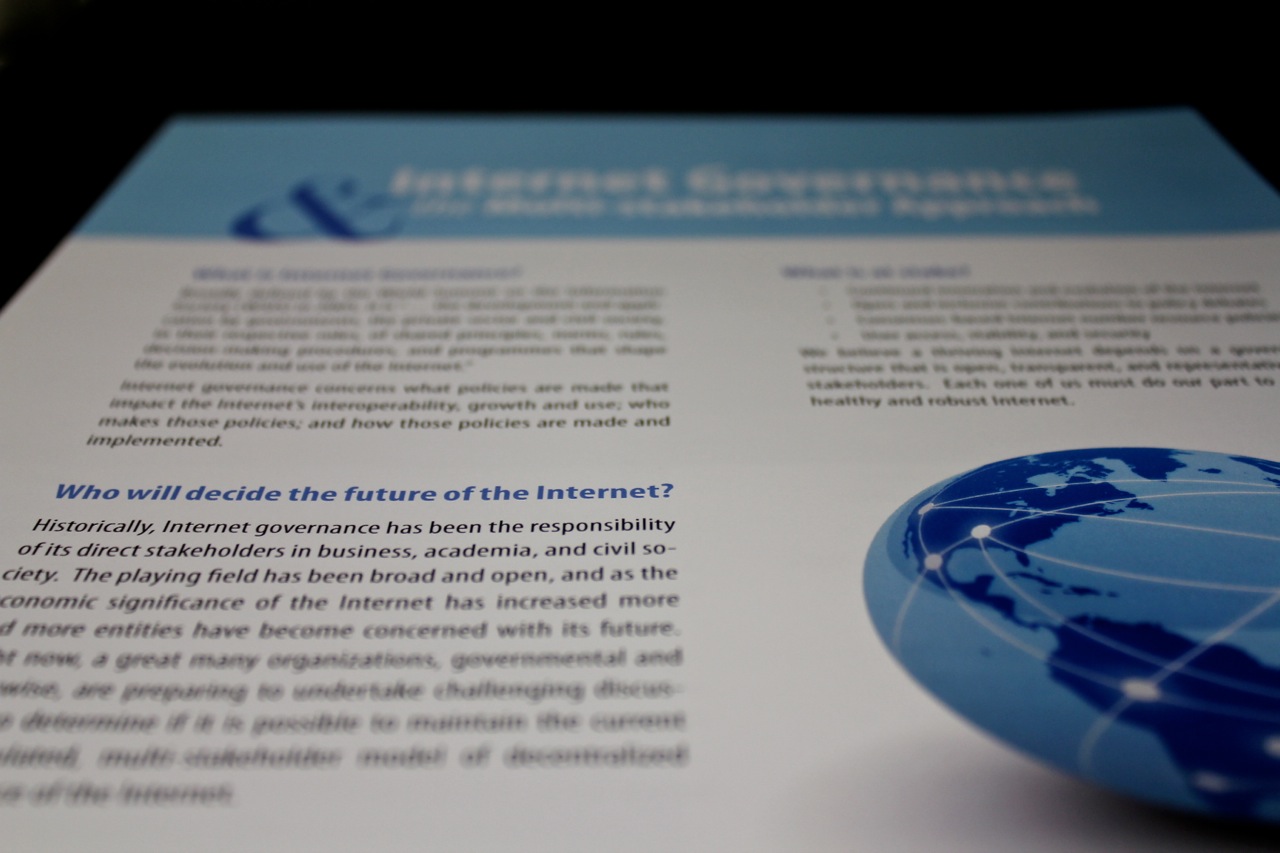 As the year draws to an end, I want to share a look at what ARIN has been doing and what we will need to do going forward in the world of Internet Governance.

It has been a quiet year in comparison to 2012, when we faced more challenges to our community than we have ever seen, culminating in the ITU World Conference on International Telecommunications (WCIT-12).  Some of those challenges arose from a lack of understanding about the role and functions of the Regional Internet Registries (RIRs).   Other challenges included what many perceived as an attempt by governments to garner regulatory power over the Internet, while others were trying to protect and defend the current model.  As a result, the year ended with a great deal of tension between the various factions. But it all signaled a new paradigm for the Internet community where governments WILL be involved.

This year we saw the tensions from 2012 begin to ease.  ARIN actively participated in the preparatory process for the ITU World Telecommunication/ICT Policy Forum (WTPF).   While this forum is not a decisional meeting, it does issue Opinions, and two that came out of the forum are very relevant and important to the ARIN community:

We appreciate the attention on IPv6 adoption as we continue to educate governments, enterprise and civil society about this necessary transition.

This year the series of meetings leading up to the World Summit on Information Society + 10 (WSIS+10) began.  For background, the original WSIS meetings concluded in 2005 with the agreement to review the WSIS Action Lines’ achievements and the general WSIS processes in 2015. These meetings, where ARIN participated in the various Action Line workshops, addressed all dimensions of the WSIS achievements and outlined common views about the post-2015 arrangements.  The Final Statement reiterated the importance of the multi-stakeholder approach when addressing the issues affecting knowledge and information societies. It also acknowledged the importance of and encouraged stakeholders to renew their commitment to the Internet Governance Forum (IGF).

In the fall of 2013, funding for the Internet Governance Forum (IGF) was in peril, and the October meeting in Indonesia faced possible cancellation.  The community, including both public and private sectors, rallied and contributed to ensure that Bali IGF meeting was held according to plan.  ARIN, recognizing the unique and important role of the IGF, responded with a financial donation in order to help preserve this venue for multistakeholder dialogue.

The Caribbean Association of National Telecommunication Organizations (CANTO) meeting this year also reflected the growing interest by governments our region.  In the past ARIN has always participated in this event by hosting a booth and providing a presentation on the agenda, but we have not always been met with as much interest as we saw this year.  We were kept quite busy with folks stopping by to find out more about us, IPv4, and IPv6; all of which is a good indicator that ARIN is becoming a known entity in the Caribbean.   We want to keep the interaction going and are already discussing plans for CANTO’s 30th Annual General Meeting in 2014.

ARIN also participated in preparation for the 2014 World Telecommunication Development Conference (WTDC). As a member of the ITU Development Sector, ARIN is looking for opportunities to continue our education and outreach efforts in this area to support capacity building. While we are relatively new to doing work in the ITU Development Sector, members of the community and the Director, Brahima Sanou, have welcomed our participation; and I believe this will prove to be an exciting and rewarding opportunity.

In addition to working independently, ARIN also participates collectively with other organizations involved in critical Internet operations to discuss common issues. This consortium is referred to amongst its members as the I*(pronounced “I Star”).  The most recent public output of this group, to which ARIN was a signatory, was the Montevideo Statement on the Future of Internet Cooperation.

2013 has been a very busy year, and from the looks of it 2014 will be much the same.  Check out ARIN’s page on Internet Governance for more information on what’s ahead.  I am happy to say that ARIN has a strong and positive reputation in the many Internet Governance venues where I participate, and we will strive to keep that up going forward.

I wish you all happy holidays!