_General Manager of LACTLD, _Carolina Aguerre, explains the importance of enhanced cooperation for the many diverse stakeholders in Internet governance discussions.

One of the legacies of the World Summit of the Information Society (WSIS) process is the principle of “enhanced cooperation”. This has been a hotly contested issue in the policy discussions surrounding Internet governance in recent times. The constitution of the “Working Group for Enhanced Cooperation” at the beginning of 2013 is a landmark in the attempts to move forward.

It is well known that the Internet has no owner, and that the forms of exercising control are much more diffuse and complex than those in other intercommunication networks. The Internet’s architecture and its design principles: decentralized, distributed, end-to-end, among others, has imposed coordination and cooperation as key governance attributes of the relationships amongst both stakeholders as well as in the diverse layers of technologies that bring about the Internet. Particularly after the adoption of the Internet at a global scale, cooperation has become a challenge. The Internet pioneers belonging to the scientific communities that promoted the first institutional mechanisms for transnational Internet governance (such as the IETF and the IAB), now coexist with governments, civil society, companies, academic and technical staff which all have different perspectives and capacities to determine Internet policies at a global scale.

With the new millennium, the problem of the new technologies in governmental agendas became much more visible. The challenges to public policy and regulation after the explosion of the Internet in all social orders materialized the need to develop mechanisms to promote an agenda on a topic with diffuse topic, with an impact in specific national contexts in domains such as public administration, health and education. It was in such a context, where organizations such as ICANN had already formed in 1998 for the coordination of critical Internet resources that Kofi Annan, then Secretary General of the United Nations, called for the process called World Summit of the Information Society (Geneva, 2003 and Tunis, 2005).

**Enhanced cooperation articles in the Tunis Agenda for the Information Society **

69. We further recognize the need for enhanced cooperation in the future, to enable governments, on an equal footing, to carry out their roles and responsibilities, in international public policy issues pertaining to the Internet, but not in the day-to-day technical and operational matters, that do not impact on international public policy issues.

71. The process towards enhanced cooperation, to be started by the UN Secretary-General, involving all relevant organizations by the end of the first quarter of 2006, will involve all stakeholders in their respective roles, will proceed as quickly as possible consistent with legal process, and will be responsive to innovation. Relevant organizations should commence a process towards enhanced cooperation involving all stakeholders, proceeding as quickly as possible and responsive to innovation. The same relevant organizations shall be requested to provide annual performance reports.

According to Markus Kummer, Internet Society (ISOC) Global Policy Vice President enhanced cooperation is “one of the code words in Internet governance discussions and means different things to different people.  The term goes back to the second phase of World Summit on the Information Society held in Tunis in 2005. There is no common understanding of what is meant with the term, but it is used by some countries to push for setting up a new UN body to deal with Internet issues."

Between 2006 and 2010 there were several formal attempts to consolidate working principles for this issue. In 2006 Nitin Desai, then special advisor to the United Nations, developed a consultation process which produced no substantive results but which was a starting point. In 2009, a document called “Enhanced cooperation on public policy issues pertaining to the Internet” was published by the UN Social and Economic Council. This report delineated some of the main themes and assessments on the topic and process of enhanced cooperation on the basis of feedback provided by ten organizations. In 2010, another UN initiative with the support of the US government promoted a process of public consultations whereby 98 interventions were received from governments, international organizations, civil society and the private sector.

Since 2015 is fast approaching and that year is a landmark since it is a decade after the Tunis Agenda and evaluations about Internet Governance will be performed, enhanced cooperation becomes of the most controversial issues due to the ambiguity of its definition, scope and operationalization. This has motivated the creation of a working group, a process which began in late 2012 to approach this issue under the institutional umbrella of the United Nations’ Commission for Science and Technology for Development (CSTD).

This group, more well-known as the Working Group for Enhanced Cooperation (WGEC), is formed by 42 members, 22 Member States and then five representatives for each of the following: civil society, technical community and academia, international organizations and the private sector. From Latin America and the Caribbean there are participants from the member States of Brazil, Dominican Republic, Mexico and Peru. The region is also represented by a Andrés Piazza from LACNIC and Carlos Afonso from Instituto Nupef of Brazil. Chris Disspain from .au registry (Australia) is a member of the technical community as a ccTLD.

The WGEC has convened twice in 2013 with the objective of defining the enhanced cooperation agenda and scope of action. Following this line, a survey on enhanced cooperation was launched and it obtained 69 responses. These were analyzed and disseminated during the second meeting of the group, which was held during the first days of November in Geneva and they summarize five main issues:

The following section develops the main points contained in each of these.

The critical issues of enhanced cooperation

With respect to the degree of implementation of the principles for enhanced cooperation in the Tunis Agenda there are three basic positions. In the extremes there are those which consider that it has not been implemented, since no structures have been put in place for governments to develop public policies on the subject (such as the government of Saudi Arabia). Others maintain that enhanced cooperation has been implemented following the processes that promote a multi-stakeholder dialogue, notably the IGF. This position is supported by the government of Japan and Finland, and by ARIN and LACNIC. Middle-ground positions such as those expressed by the Foreign Affairs Ministry of Brazil, or the Association for Progressive Communications (APC), acknowledge that progress has been accomplished since 2005, but that enhanced cooperation has not yet been implemented.

Regarding the mechanisms and public policy issues in enhanced cooperation, there is an agreement that the most relevant themes identified in the main documents such as the Tunis Agenda, the report produced by the Working Group on Internet Governance (WGIG) and the ITU Council Resolution 1035, are barely sufficient since they are not comprehensive enough and they are outdated. Even though several organizations developed compendiums of Internet public policy issues, many consider that this is a moving objective since it is under permanent evolution.

The report also points that the majority of responses value the decentralized open eco-system of Internet governance, comprised by 150 governmental and non-governmental organizations of the technical and private sector. Nevertheless, other responses point to the need to develop new mechanisms in order to face new emerging issues. The most radical proposal of enhanced cooperation mechanisms, in line with those already put forward in 2005 during WSIS, develop the need for an international organization, under the institutional umbrella of the UN, for the supervision of public policies pertaining the Internet, as well as an international board to supervise ICANN. (Initiative proposed by IT for Change, an Indian NGO). The government of Brazil, in line with the actions it has deployed in the last months since the surveillance strategies deployed using cryptography on the Internet, points to the need to develop a new platform, to deal with the new problems that today are out of scope of the current institutional mechanisms of already existing organizations.

With respect to the role of the different stakeholders, even though paragraph 35 of the Tunis Agenda defines the interests of the main players involved in the process, the survey responses tend to agree that these definitions, and the roles assigned, are not sufficient to cover the interrelatedness of the different issues and current Internet governance mechanisms. The analysis of the different responses distinguishes two positions: some acknowledge a hierarchy between stakeholders, where governments should have a leading position; others on the contrary emphasize the equality of conditions for all. This is a key aspect for the future application of enhanced cooperation.

Under this theme there is a discussion about the mechanisms for the promotion and development of content in national languages, as well as a need to promote national processes, particularly the experiences of national Internet Governance Forums. This last mechanism is one of the most highlighted as an element to promote the participation of developing countries in the Internet governance processes, which is the fourth issue highlighted in the agenda for enhanced cooperation from this survey report.

Regarding the role of developing countries, the generalized assessment of most respondents is that there is an imperative need to incorporate more stakeholders from these countries, inasmuch as they represent the major volume of users of the Internet in the world, and the forthcoming billion. Despite this, the identified barriers do not only respond to a training gap, or to the lack of public visibility of these issues in the national agenda, but also to the need to explicitly open the dialogue in the existing forums to these actors, as the Bulgarian government expressed.

The last issue, barriers to participation in enhanced cooperation, identifies the following obstacles, among others: economic, political, technical, cultural. The Russian government has expressed that there is a participation barrier for governments since the spaces and mechanisms for governmental participation are not clearly defined. IT for Change (NGO from India), underlines that every time new institutional spaces are created, these are overtaken by the same stakeholders, most of the coming from organizations from the developed North. The International Chamber of Commerce expressed that the scarce knowledge on the theme is a central barrier for an effective participation.

There is a long list of issues for improvement and problems raised by this report. The WGEC will meet again in February 2014 to elaborate the main document where the main basis and lines of action will be included in the future agenda for enhanced cooperation in Internet governance. 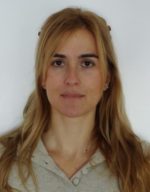